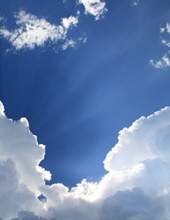 Clifford George Ey, 92, died on Thursday, October 29, in Hillcrest Commons Nursing Home, Pittsfield. He was born April 5. 1923, the son of George Curt Ey and Mary Elizabeth Weir. During World War II, he enlisted in the Navy as a Signalman, and served as a Navy gunner on transport ships. Following the war, he attended a radio school in New York, and worked for many years as a broadcast engineer for WEIM Radio in Fitchburg. He was a ham radio enthusiast and used his radio skills in search and rescue operations in the Berkshires. He was active in the Masonic Lodge in Upton. Clifford was predeceased by his sister, Marjorie Lucier of Lunenburg; his former wife, Lillian Drake of Fitchburg; and his grandson Michael Ey of Woodinville, Washington. He is survived by his partner Lauralee Cunningham of Savoy and her sons; his brother, Carlo Alario of Lunenburg; his son and daughter in-law, Robert and Irene Ey of Hopewell, New Jersey; his grandson, David Ey of Berlin, Germany; and nieces and nephews. Interment of ashes will be in Highland Cemetery, Hopewell, New Jersey at 2:00 p.m.on Tuesday, November 10.