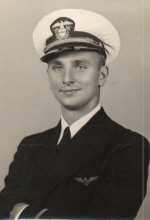 Frank O. Henschel Obituary SKILLMAN - Frank O. Henschel, 97, passed away on Saturday, November 1, 2014, at the Stonebridge at Montgomery retirement community in Skillman. He leaves his loving wife of 25 years, Helen Evans. He also is survived by his two daughters, Linda and her husband, Frank Costner, of Gainesville, FL, and Holly and her husband, N. Fletcher Turner, of Fleming Island, FL; his twin sons, David and his wife, Virginia, of Paxton, MA, and Douglas and his wife, Nancy, of Carlisle, PA; his two stepsons, Robert Evans and Steven Evans, and their families; seven grandchildren, their spouses, and four great grandchildren. Frank will be remembered for his love, generosity and devotion to his family, boundless sense of humor, and use of puns. He will be missed by his friends and family. The only son of the late Oscar and Margot (Marohn) Henschel, Frank spent his childhood in Scotch Plains, NJ, graduating as the valedictorian for Scotch Plains High School in 1935. He worked as advertising manager for a chemical company in New York City and took undergraduate night courses at New York University before joining the US Navy in 1941. This was a defining period in Frank's life and he proudly served his country as a Navy transport pilot until his honorable discharge with the rank of Lt. Commander in 1945. During his service he met his first wife, Lt. JG Mary Louise (Jamison) Henschel, a meteorologist in the US Navy. They married on June 15, 1946. Mary Lou died on January 21, 1984. For most of Frank's career, he was a media buyer in advertising for several pharmaceutical companies, including Ciba and Squibb. He earned a reputation for his hard work and steadfast determination. He also had a passion for world travel, touching all seven continents multiple times and visiting 110 countries and both the North and South Poles. Frank also enjoyed music, theater, carpentry, golf, bicycling, and sailing. He lived a vigorous and healthy lifestyle. Frank was a member of the Nassau Presbyterian Church in Princeton, NJ. His family would like to express thanks to the wonderful staff at Stonebridge for their care and support to Frank during his seven years residing there, particularly over the past several months. A memorial service will be held Sunday, December 7 at Stonebridge at Montgomery in Skillman, NJ at 1:30 p.m., with a reception to follow. Relatives and friends are invited to attend. In lieu of flowers, memorial donations may be made to the Salvation Army, Nassau Presbyterian Church or the charity of your choice in the name of Frank.


To order memorial trees or send flowers to the family in memory of Frank O. Henschel, please visit our flower store.