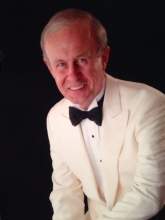 James Anthony Vinson unexpectedly departed this world Friday, December 12, 2014 at the age of 69. He was a resident of Pennington, New Jersey, where he raised his family and lived for the last 34 years. James was born April 13, 1945 in Jersey City, New Jersey to father Eustachio Visceglia and mother Lillie (nee Piscitello). He grew up on a farm in Englishtown, NJ with his older sister Lucille. His father had emigrated from Italy alone at age 16 and started a coal and ice delivery business without ever having learned to read or write in the English language. Jim did chores on the farm before school, earning him the teasing nickname "Goat" among his elementary school classmates. By high school, those same classmates had elected him Class President. Jim was a self-made man. He put himself through school, studying finance at the University of Pennsylvania, where he was elected President of the Sigma Chi fraternity. After graduating, he served as a second lieutenant in the United States Army, stationed in Germany. Following his military service, Jim worked as certified public accountant at Arthur Anderson in Philadelphia before going back to school to earn his MBA degree at Wharton. Thereafter, he began a career in investment banking at Merrill Lynch in New York City. By age 40, Jim was named President of Merrill Lynch Hubbard, a real estate investment platform within the bank that he helped develop. He retired from Merrill Lynch in 1995, focusing on his own real estate investments. Jim was a man of uncommon character, integrity and substance. He transformed many lives through quiet acts of generosity for which he never sought recognition or publicity. In recent years, he found great fulfillment through his involvement in the local Rotary Club, the Boys and Girls Club of Trenton and other civic, environmental and religious groups. He was a natural-born leader who applied his many talents to improving his community and the lives of others. More than anything else, Jim was intensely dedicated to his family. He was an extraordinarily devoted husband to Rhonda, his wife of 38 years. He was a deeply caring father to his five children and a playful and kind grandfather to his eight grandchildren (with number nine on the way). He found his greatest pleasure celebrating his Golden Years with his wife, giving guidance and support to his children, indulging in the innocence of his grandchildren and planning the next big family event. He was a proud patriarch who was greatly loved, admired and respected by his family. He is survived by his wife, Rhonda, his children Daniel, Matthew, Gregory, Tara and Christopher and his grandchildren, Morgan, Ava, Dante, Connor, Xenia, Luca, Luke and Gerard. A Requiem Eucharist will be celebrated at St. Matthew's Episcopal Church, 300 South Main Street, Pennington, NJ on Wednesday, December 16, 2014 at 11:00 a.m. Interment will be private. Friends may call on Tuesday evening from 7:00 to 9:00 p.m. at the Blackwell Memorial Home, 21 N. Main Street, Pennington, NJ. Memorial contributions may be sent to the Boys and Girls Club of Trenton.

To order memorial trees or send flowers to the family in memory of James A. Vinson, please visit our flower store.