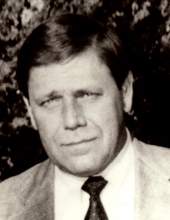 Jerome A. Gorski, Jr. of Lawrenceville and Beach Haven West, passed away peacefully on March 27, 2018, surrounded by his loving and devoted family.
Born in Princeton and raised in Lawrenceville, Jerry was a lifelong Lawrenceville resident. He is predeceased by his parents, Jerome A. Gorski, Sr. and Jenna Rose (Pareso), his sister Susan Gorski Danese, his brother Lawrence Ferrara, his in-laws Ennis Pasela and Katherine (Manning) and his Godson Robert Murphy. He leaves behind, his wife of 53 years, Katherine (Pasela), his children; daughter and son-in-law, Denise M. Gorski-Galla and her husband Todd, his sons Jerome A. Gorski III, and Joseph M. Gorski and his wife Lisa (Kahny), and the lights of his life; his grandson James D. Gorski, Jr. and “his girls,” Kathryn Lyn Gorski and Jenna Rose Galla, all of Lawrenceville. He also leaves to mourn his loss, his brother-in law Gregory Danese, sister-in law Elaine Murphy, sister-in law Jean Ferrara, his cousin Barbara Matuska and his dear friends Ray and Kristine Britton and John and Donna Ratico, and many nieces, nephews, cousins and friends.
Jerry was among the first graduating class of Notre Dame High School, class of 1961. He later graduated from Trenton State College, earning a Bachelor of Science degree. He was a member of the New Jersey National Guard and member of the American Legion, Post 458.
After graduating from the Sea Girt Police Academy, Jerry joined the Lawrence Township Police Department in 1966 where he retired as a Detective after 26 ½ years of service. Jerry was named officer of the year during his tenure, and was Past President of PBA Local 119. He was honored as Policeman of the Year by the Lawrence Township Lions Club.
Jerry enjoyed spending time with his family, hunting and fishing, and coaching his sons’ soccer teams. He was a quick wit and an excellent cook. He enjoyed his shore home; entertaining friends and family, and caring for his Koi pond.
Private funeral services were held by the family. In lieu of flowers, Jerry’s wish was to have donations made in his name, to the St. Jude’s Children’s Hospital.
To order memorial trees or send flowers to the family in memory of Jerome A. Gorski Jr., please visit our flower store.