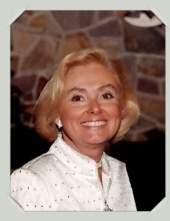 MaryAnn Simko Rothwell, 75, died peacefully at her home in Washington Crossing on December 19 after an extended battle with cancer. She was the wife of former Pennington Quality Market Founder and President Larry Rothwell, who died in 2018.
Mrs. Rothwell was born in Trenton December 2, 1944 and later moved to Roebling NJ. She graduated from Notre Dame High School, Lawrenceville NJ. In addition she graduated from Trenton State College,in 1966, earning an undergraduate degree in Education before later earning her Masters in Counseling from the same institution in 1991.
Shortly after graduating from college, Mrs. Rothwell moved to the Bonsall, California, where she operated a number of retail establishments. She remained there for over two decades before returning to the Trenton area. After receiving her Masters degree, she was hired as a counselor for Mercer Council on Alcohol and Drug Addiction.
She was married to Larry Rothwell in July 1998. Both were members of St. Georges parish, Titusville.
She was an avid pet lover and especially enjoyed training and caring for horses, a hobby she actively enjoyed while in California and continued when she returned to the area. She was also a prolific reader and enjoyed discussing her pastime with her friends at the Traditions Book Club. She loved the beach and shore and she and her late husband enjoyed extensive time together at their second home in Naples Fl.
Mrs. Rothwell was a member of the Board of Trustees of The Foundation of Morris Hall, St Lawrence Inc.
She was the daughter of the late Mildred and Joseph Simko. She is survived by a brother George and sister in law Yolanda, of Willingboro NJ, and Cousin Mike Simko of Princeton NJ, and Naples, FL., along with 3 nieces, Dana Ciccariello, of Lumberton NJ, and family, Maria Buzzanco, Red Bank, NJ and family and Jacqueline Lenhardt of Woodbridge Va. and family. In addition, Mrs. Rothwell is also survived by members of the Rothwell family, daughters in law Barbara Rothwell Henderson and family Upper Makefield Pa, and Terri Rothwell Orlando, and family Manhasset NY and son in law Michael Rothwell and family of Pennington NJ.
In lieu of flowers, the family requests that donations be made in her name to The Foundation of Morris Hall, St Lawrence Inc. 2381 Lawrenceville Rd, Lawrenceville, NJ 08648 , The Trenton Area Soup Kitchen 72 ½ Escher St, Trenton NJ 08609 or Holy Redeemer Hospice Care, 1648 Huntingdon Pike, Meadowbrook, PA 19046.
A visiting hour will be held from 10:00 am-11:00 am, Friday, January 24 at St. Georges Church, Titusville, followed by a Mass of Christian Burial.
To order memorial trees or send flowers to the family in memory of MaryAnn Simko Rothwell, please visit our flower store.