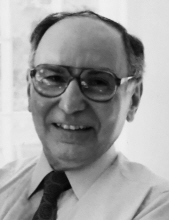 Michael J. Nittoli, 95, passed away on Monday, October 14, 2019, in Trenton after a brief illness.
A viewing will be held at 10 AM followed by a Funeral Mass at 11 AM at Our Lady of Good Counsel Church, 137 West Upper Ferry Road, in Ewing Township on Wednesday, October 23. Entombment is on the following day at 11 AM at Holy Rood Cemetery, 61 Whippany Road, Morristown.
The son of James and Josephine (De Paolo) Nittoli, Dr. Nittoli was born in Newark in 1924. He attended St. Benedict’s Preparatory School in Newark, followed by New York University, where he received his B.S. and M.A. from the School of Education. He attended the University of Ottawa where he received his Ph.D. in Education. For much of his adult life he lived in East Orange and Ewing.
He taught at Webster Street School in Newark, Seton Hall Preparatory School, and Plainfield High School. From 1966 to 1975, he was Director of Education at New Jersey Training School in Jamesburg. From 1975 to 1988, Dr. Nittoli was Professor of Criminal Justice at The College of New Jersey. He received numerous awards, among them the NJ American Correctional Association (NJACA) Founders Award for his significant impact on the field of criminal and juvenile justice, and the Gene Carte Award in Criminal Justice from The College of New Jersey. Dr. Nittoli also served as a member of the Intensive Supervision Program (ISP) Screening Board in the State of New Jersey for 25 years.
In addition to teaching, Dr. Nittoli formed enduring friendships throughout his life. His relatives counted on him for the latest news about the family. His numerous friends of all ages looked to him for advice and guidance. And he was known for his dry wit and Rob Roys, both usually served with a mischievous twinkle in his eye.
He is survived by his nephew and godson, James Lecky of Newark (Robert Hartman); nephews Richard Morgese of San Francisco, CA, Albert Morgese (Beth Todd Morgese) of Napa, CA, and Vincent Morgese (Victoria Curtis Morgese) of Napa, CA; cousin and godson, Carlo Nittoli (Jim Verschueren) of Dover, NH; cousin and goddaughter, Paulette Griffith Kampe (Robert Kampe) of Robbinsville; and numerous relatives and godchildren. He is predeceased by his sisters, Lena Lecky (John Lecky) and Irma Morgese (Albert Morgese). In lieu of flowers, contributions may be made to Our Lady of Good Counsel Church.
Arrangements under the direction of the Blackwell Memorial Home, 21 N. Main St. Pennington, NJ 08534 www.blackwellmh.com
To order memorial trees or send flowers to the family in memory of Michael J Nittoli, please visit our flower store.

Our Lady of Good Counsel Church

Our Lady of Good Counsel Church