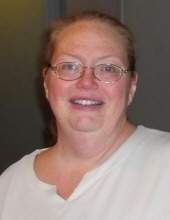 Born on April 1, 1965, Renee was the daughter of Bruce and Dee Freligh of Saugerties, New York. She graduated from Saugerties Senior High School (1983) and SUNY Utica (1987), Trained as a technical writer, she worked for several companies in this capacity during her career.

Renee married Donald E. Niederer on October 20, 1990, and was the mother of three children, Daniel, Sarah, and Jared.

Renee loved reading, crafts, her cats, and playing board games.

She is survived by her husband, Donald, daughter Sarah, son Jared, father Bruce Freligh, a brother Mark, and several aunts and cousins. She was preceded in death by her mother, Dee Freligh, and her son, Daniel.

A private viewing for immediate family and close friends will be held at Blackwell Memorial Home in Pennington, New Jersey. A traditional memorial service will be held in the spring, date and location to be announced.
To order memorial trees or send flowers to the family in memory of Renee Marie Niederer, please visit our flower store.