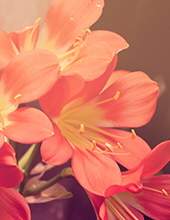 Ruth “Midge” Bray Pyatt Grafton, of Pennington, NJ, entered into God’s care February 8, 2017 at Preferred Care in Ewing, NJ. Ruth was a direct descendent of American Revolutionary War soldier Captain Daniel Bray.
Born November 19, 1919 in Sergeantsville, NJ, Ruth grew up on the historic Anderson Bray Farm. Ruth married Henry Grafton in 1940 and then moved to Pennington, NJ, where she has resided for 75 years. Ruth was a member of St. James Church in Pennington, NJ, a member of the American Legion Post 314, and a member of the Daughters of the American Revolution. Mrs. Grafton was an avid bowler, winning many trophies throughout the years. She was employed by Melcor Corp until her retirement. Once retired, Ruth enjoyed going dancing, gardening, spending time with family and friends and reminiscing about life on the farm.
Predeceased by her parents, Clarence and Sara Bray Pyatt, her husband Henry Grafton, two brothers, Albert and Robert Pyatt, two sisters, Dorothy Lenz and Marlene Shoenthal and daughter-in- law, Sharon Grafton. She is survived by two sons and daughters-in- law, Glenn and Sheila Grafton of Beverly Hills, FL and Gregory and Cindy Grafton of Titusville, NJ; a daughter, Marla Grafton of Philadelphia, PA; her sister and brother-in-law, Evelyn and Fred Crone of Quakertown, PA and four grandchildren, Meggie, Gregory, Andrea and Sterling. Also, survived by five step grandchildren and their families, many nieces, nephews and cousins.
To order memorial trees or send flowers to the family in memory of Ruth "Midge" Pyatt Grafton, please visit our flower store.