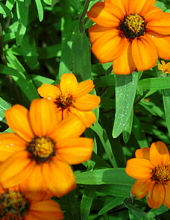 Susan Porcella
With profound sadness, we announce the passing of Susan Elizabeth LeJambre Porcella on November 4, 2019 in Pennington, New Jersey. Susan is survived by her brother Thomas J. LeJambre of Bordentown.
A native of Bordentown City, New Jersey, Susan was born in Trenton on August 6, 1942 to James and Elizabeth Riley LeJambre. Susan married Santiago (Sonny) Porcella III on July 25, 1987 and moved to Pennington, New Jersey.
Susan was perhaps best known for her tireless contribution to public service and volunteer organizations in the Mercer/Burlington area. Susan’s leadership roles included past president of the Bordentown City Board of Education, trustee of the Bordentown Historical Society and president of the Trenton Business and Professional Women’s Club. Susan was an elected member of the Pennington Borough Council, having served two terms from 1994-2000 and was a member of the Pennington Planning Board. She also served as president of the Hopewell Valley Historical Society
Passionate about public service and women’s rights, she began attending Democratic conventions in 1960 and was a committed and active Democrat throughout her life. She was an early member of NOW which was founded in 1966 and campaigned to encourage all women to register and vote.
A graduate of Bordentown High School, Susan attended Georgian Court and Trenton State College (now The College of New Jersey). Susan retired from the New Jersey Department of Commerce and Economic Development. She supported many local charities and will be remembered for her lifetime of service to her community. Susan loved cats and supported many animal charities.
A funeral mass will be held at St James’ Catholic Church in Pennington, New Jersey on Friday, November 8th at 10:00. A private burial will be held at St Mary’s Catholic cemetery in Bordentown, New Jersey, alongside her husband Sonny.
Memorial contributions can be made to Pennington First Aid Squad, 110 Broemel Place, Pennington, NJ 08534
To order memorial trees or send flowers to the family in memory of Susan Elizabeth Porcella, please visit our flower store.