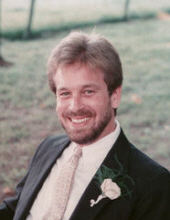 Timothy K. Strong, of Titusville, New Jersey, passed away at age 58 on October 15, 2017 with his entire loving family at his bedside. He grew up in Titusville, graduating from Hopewell Valley Central High School in 1977. He received a B.S. in Mechanical Engineering from Trenton State College in 1984. For the past 25 years he was employed by NJM Insurance Company where he became Manager of Facility Operations. Hobbies and interests included carpentry, skiing, the Eagles, and, later in life, cooking for others. He is survived by his devoted wife of 29 years, Beatrice, their four children, Nicholas, Olivia, Victoria, and William, and his sister Chris Goodwin and brother Greg. A Memorial Service will be held at 11:30 a.m. on Saturday, October 21, 2017 at First Presbyterian Church of Titusville, 48 River Drive, Titusville. In lieu of flowers, donations in Tim’s memory may be made to The American Cancer Society.
To order memorial trees or send flowers to the family in memory of Timothy K Strong, please visit our flower store.