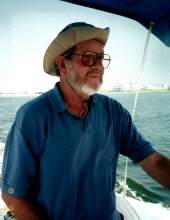 Zay Kennon Risinger, 89, died at his home on Monday surrounded by his family. He had been a resident of Hopewell Township for the past 48 years. Born May 16, 1928 in Nacogdoches, Texas he moved with his family to Maplewood NJ in 1938, where he graduated from Columbia High School in 1945.
Mr. Risinger attended New York University, graduating in 1949 with a B.S. in Mechanical Engineering and a commission as a 2nd Lieutenant in the US Army. He married Lorraine Edwards in 1949 the same year he joined Saucony Vacuum (Mobil) as an engineer in their St. Louis refinery. He was called to active duty in 1953 during the Korean Conflict, serving for two years in the Corps of Engineers. He then returned to Mobil and after 10 years of marriage, Lorraine passed away after a long battle with cancer.
While on extended assignment in Italy, he met and married Ellen Paterson to whom he was married for 52 years. He retired from Mobil in 1992 after a successful career in engineering and engineering management.
Mr. Risinger was a member of the Pennington United Methodist Church where he served in a number of offices and was also a committed member of the Pennington First Aid Squad which he joined after retirement. He particularly enjoyed being outdoors with his extended family fishing, boating, gardening and enjoying the family lake cottage. He loved travel, reading, and spending time with his grandchildren and great grandchildren.
He is survived by two daughters, two sons and their spouses; Cheryl Ann (Bill) Diuguid of Raleigh, NC, Donna Lee (Mark) Silvester of Flemington, NJ, Zay Kennon, Jr.( Holly) Risinger of Cartersville, GA and John Ian (Tracy) Risinger of Belmont, MI, 11 grandchildren and 8 great grandchildren. He is predeceased by his two brothers, Joseph Donle and Voy Quane.
Funeral services will be held on Saturday at 10:00 a.m. at the First United Methodist Church , 60 South Main St., Pennington with the Rev. Daniel Casselberry, pastor of the church, officiating. Friends may call at the church from 9:00 to 10:00 a.m. Interment will be private in Restland Memorial Park, East Hanover, NJ.
To order memorial trees or send flowers to the family in memory of Zay Kennon Risinger, please visit our flower store.