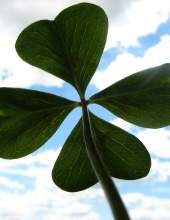 Barbara Middleton Pinkham was born in Somerville, Massachusetts on March 25, 1928, daughter of the late Gladys Evelyn Morrison and Wesley Johnson Middleton of Springfield, Massachusetts and Somerville, New Jersey.
She attended Bates College, Lewiston, Maine and earned a bachelors degree in biology in February 1950. She married Roger Stanton Pinkham from Bath, Maine.
Barbara worked at Massachusetts General Hospital for five years before settling in Princeton in 1956, where they raised their three children. Once her children went to school, she worked at Princeton University in the biology department, the center for environmental studies, and in the psychology department. She volunteered more than a decade for the board of New Jersey elections, and also at Capital Health.
She was passionate about her family and friends, a devoted mother and homemaker, as well as having a strong interest in art. She was always enrolled in some phase of Chinese watercolors, pencil sketching, or jewelry where she excelled in design and all phases of needlecraft, especially quilting and embroidery. She belonged to the American Embroiderers Guild (an outgrowth of the Royal Embroiderers Guild of London) and to the YWCA Artisans Guild for years in Princeton. She sold many, many pieces of embroidery at the Craft Womens' Marketplace in Princeton every year, sponsoring the Susan Bates scholarship fund. Miniatures became an interest as well as her avid interest in travel, visiting over 130 different countries.
She is predeceased by her sister, Lois Middleton; her son, Timothy Nye Pinkham; and survived by her daughters, Pamela Pinkham, her children and husband Michael; and Felicity and Piero Toto and their family. Barbara would appreciate any contributions to be sent to Saint Judes Hospital for Children or Girl Scouts of America.
Memorial service will be celebrated in Pennington United Methodist Church, 60 South Main St. Pennington, Tuesday April 12 at 11:30am. At the families request masks and social distancing will be required. Burial will be held privately in Massachusetts. Arrangements are under the care of Blackwell Memorial Home.

To order memorial trees or send flowers to the family in memory of Barbara Middleton Pinkham, please visit our flower store.