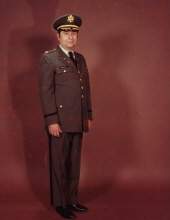 Joseph William Drosdick lived a full and distinguished life until his peaceful passing on January 2, 2021 with his sons at his side.

Joseph (Joe) was born in 1933 during the Great Depression to Joseph Augustus Drosdick and Dorothy Isbills Drosdick. Joseph was also predeceased by his sisters, Carolyn (Elaine) Drosdick Sweeny and Dorothy Drosdick Van Dyke.

Joseph was married for 67 years and met his future wife, Nancy Winter, in the 4th grade. Joseph and his wife Nancy began dating at age Sixteen (16) and married three (3) years later in 1952. They were happily married until her death in 2019. Nancy brought the love of food and travel to Joseph’s life. As a travel writer, she included him on numerous trips throughout the world. Joseph and Nancy shared a lifelong dream of discovering his family roots on trip to Debrecen, Hungary where they met with his Father’s long-lost family.

Joseph graduated from Thomas Jefferson High School (class of 1951) in Elizabeth, New Jersey. After graduating High School, Joseph graduated from Lafayette College in 1955 where he received a full scholarship and graduated with a Bachelor of Science degree in Metallurgical Engineering. Joseph was also inducted into the Engineering Honor Society Tau Beta Pi while attending Lafayette College. In addition, Joseph was also accepted at Massachusetts Institute of Technology (MIT) which granted him a small scholarship. He then decided to stay close to home near his and his wife’s family which was his priority.

He began his long career as a metallurgical engineer with Revere Copper and Brass in Rome, New York. Joseph began working in the mill which he always loved. He eventually climbed the corporate ladder progressing upward through sales and finally becoming Vice President of Purchasing in the New York City corporate office. He went on to become a commodity trader with AIM Trading where he specialized in copper and zinc until his retirement in 2002.

Following his ROTC training at Lafayette College, Joseph continued with the Army Reserves until his retirement in 1993 at the distinguished rank of Colonel. His active-duty assignments included top secret Pentagon projects including the development of the M1 Abrams Tank gun turret system and the TOW shoulder-fired missile. He was awarded the “Meritorious Service Award” in 1988 as recognition of his years of devoted service to the United States of America.

In addition to his distinguished business career and military service; Joseph will be remembered by his family for his puns and wonderful sense of humor. He will be remembered for his love of gardening as a Master Gardener as well as his love of bass fishing with his children and grandchildren. Joseph’s most proud personal accomplishment was his Boy Scout achievement as a “Life Scout” for which represented his commitment to his honor and faith.

Most of all, his friends and family will remember Joseph’s lifelong devotion to our mother and his wife as well his love for his family. This is his legacy of love, faith, honor and devotion.

Joseph became a committed man of faith at an early age. As a child, he advocated for joy instead of tears when his grandfather passed away, saying “Why are you crying? Grandpa is in heaven with the Lord!” A lifelong man of Christian faith, Joseph was kind, generous and humble of heart.

On his 87th birthday, one of his sons memorialized Joseph with these words: “Pop, you’ve been an example to me in so many ways - a wonderful Dad who took his boys fishing and camping; a sacrificial provider for his family who worked hard to put his boys through college; a lifelong friend and husband to one woman, loving and protecting her throughout a lifetime marriage; a GOOD man who loved his wife; his family and his God.”

For me his youngest son, I will always remember my Dad as an inventor and patent holder of an alloy named “Regalloy.” My Dad followed in his Grandfather Isbills footsteps as an inventor who inspired his Grandson so many years ago. This is my dream to one day become an inventor just like my Dad.

Joseph is survived by his three sons, Joseph (wife Kathryn), Robert (wife Karin), and David (wife Kristine). He has 11 grandchildren and 8 great grandchildren.

A viewing will be held at Blackwell Memorial Home in Pennington New Jersey from 4:00 – 6:00 PM on Friday, January 8.

Due to Covid restrictions a graveside service limited to close family will be conducted at All Saints Church cemetery, Princeton, NJ at 11:00 AM, January 9th.

“Do not be sad but celebrate my life.”
To order memorial trees or send flowers to the family in memory of Joseph William Drosdick, please visit our flower store.