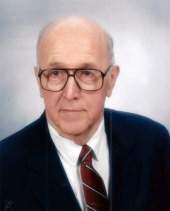 Pennington. Robert W. Etherington, Jr, 89, died on Sunday Oct 6, 2013 at Lawrenceville Nursing and Rehab Center with his family by his side. Born in Cumberland, R.I., Dr. Etherington, known as Bob or Dr. Bob by family and friends, was a resident of Pennington for the past 56 years. Dr. Etherington received his B.S in Chemistry from Providence College and his M.S and Ph. D in Organic Chemistry from Case Institute of Technology. He served in the US Army from 1946 to 1947 until he was honorably discharged in 1947. Dr. Etherington started his career as a Control Chemist for Coca Cola in Providence, RI. He then worked as a Research Chemist for Celanese Corp in Texas and then Petro-Tex Chemical starting in Maryland before transferring to Princeton, NJ. He spent the final 20 yrs of his career working as Sr. Research Chemist for Mobil Chemical Co. before retiring in 1985. He was an active member of St. Matthews Episcopal Church in Pennington since joining in 1957 serving many church functions including Vestryman and Usher. He was active in Hopewell Valley Little League where his sons participated. He was a kind and gentle man whose gracious acceptance of all people made him loved by everyone who knew him. He will be most remembered for his deep love of family, church and chocolate. Husband of the late Ruth Etherington, he is survived by a daughter and her husband, Sue and Tony DiCocco, of Pennington and three sons; Bob and his wife Kate O'Brian of New York City, Tom and his wife Tina of Naches, WA and Bill Etherington of Ewing, as well as two grandchildren Aaron and Sean Etherington. Requiem Eucharist will be celebrated on Oct 26, 2013, 11:00am at St Matthew's Episcopal Church, 300 S. Main St., Pennington. Interment will be private. In lieu of flowers memorial contributions may be made to St. Matthew's Church Memorial Fund or to the Seeing Eye Inc. PO Box 375, Morristown, NJ 07963


To order memorial trees or send flowers to the family in memory of Robert W. Etherington, Jr., please visit our flower store.