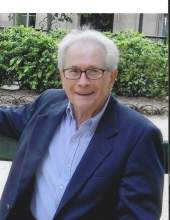 The Honorable Bruce R. Campbell son of A. Burdett and Faustina (Ferrante) died November 28 at the age of 83 from complications of Parkinson’s Disease. His life-long dream was to become a pilot and he attended what would become the Air Force Academy, but a medical condition prevented that from happening. Still, he served as a courier during the Korean Conflict. Upon his stateside return he attended William Patterson College to earn a bachelor’s degree in Education.
He was an educator in various capacities all his professional life. He began as a classroom teacher and became an Assistant Superintendent while earning a Doctor of Education degree from Rutgers University. He became a Deputy Commissioner for the NJ State Department of Education and served as a Hearing Officer for the Department of Education when he was tapped to become an Administrative Law Judge, a new position created by the NJ Legislature to replace the agencies hearing cases. He was appointed by Governor Byrne and confirmed by the Senate without having a Law degree
Attending Seton Hall Law School at night for four grueling years while hearing cases and writing opinions on all manner of cases—pensions, education, motor vehicles welfare, horse racing, Pinelands etc. during the day he then took the train to Newark, to attend classes and get homework. He was well respected both by peers and attorneys who appeared before him as evidenced by the huge crowd who celebrated with him when he retired after 23 years of service.
He was active in the Mercer County Bar Association where he was called upon every year to introduce the OAL law clerks at the annual dinner held for that purpose. He gave service to the New Jersey State Bar Foundation as a mock trial judge in the elementary, and middle and high school mock trial competition. He also served on the Law Adventure Committee and on the Law-Related Education Committee at no charge. He was active in the American Judges Association serving as treasurer, and as a member of the Board of Governors and the Court of Appeals. He was an Adjunct Professor at The College of New Jersey where he taught First Amendment Law and also taught in a TCNJ sponsored program in Majorca for international educators on US Education Law.
He was a true gentleman and danced and rode a zip line with style and grace--as he did with everything that he did.
He is survived by his wife Hinda Greenberg, children Cynthia (Frank), Bruce G. (Edward), Hillary (Peter), five grandchildren Leah (Trevor) Antonia (Sam), Daniel (Kristyn), Stephen (Justin), Corrine (Sean), and four great-grandchildren Julian Michael and Jeremy Daniel Perry and Charlotte and Ada Eysie, and his sister Susan B. Campbell. He was predeceased by his parents and brothers Christopher and Anthony
The family would like to acknowledge with gratitude the excellent care and devotion that he received from his home health aides Doris Wolokollie, Gilda Darius, and Pulsar Williams.
A Memorial Service will be held at St. Matthew’s Episcopal Church, 300 S. Main Street, Pennington, NJ 08534 on Tuesday, December 10, 2019 at 12:00 pm. In lieu of flowers donations may be made in his memory to the charity of your choice.
To order memorial trees or send flowers to the family in memory of The Honorable Bruce R Campbell, please visit our flower store.